Do you remember this picture? It was placed in the July 31 2011 named 'Masebo leaves MMD for PF'.Since the day Ms Masebo joined the Patriotic Front she has been quite successful. In the elections she became MP for Chongwe District and she was later appointed to be Minister of Tourism. As such, she is one of the few women who play a prominent role in politics. She is the only woman as one of the twelve ministers in the present government, with only three women out of twelve deputy ministers.

Ms Masebo's come-back as a Government Minister was announced in the press in an article with the heading 'HON. SYLVIA MASEBO, Minister of Tourism and Arts, Republic of Zambia'. You can read it here : Former Zambian Vice President George Kunda died Monday at the University Teaching Hospital in the capital, Lusaka.
Kunda served as vice president in former President Rupiah Banda's administration before his party lost to current President Michael Sata’s Patriotic Front Party in last September’s election.
Gift Chanda, a journalist with the Zambia Post newspaper, said there has been no official government announcement on the exact cause of Kunda’s death.
“Mr. Kunda passed away in the capital city around 15 hours (Monday) in the University Teaching Hospital, which is the biggest hospital in the country. Both the National Assembly and the University Teaching Hospital managing director confirmed his death,” he said.
Chanda quotes hospital officials as saying the 56-year old Kunda died from anemia-related causes.
He said Kunda campaigned alongside Banda during the 2011 presidential campaign, although it was rumored he was not well at the time.
“During the campaign, yes, he was rumored to have been sick at some point.  But, he managed to campaign with the former president, Mr. Rupiah Banda,” Chanda said.
Chanda said, before his death, Kunda was critical of the Sata government’s campaign against corruption, which the late vice president likened to a political witch hunt of former Banda officials.
“One thing to also note is that Mr. Kunda was a strong critic of the government’s strong fight against corruption.  He thought that the persecution of former top officials in his party was just a witch hunt and harassment,” Chanda said. 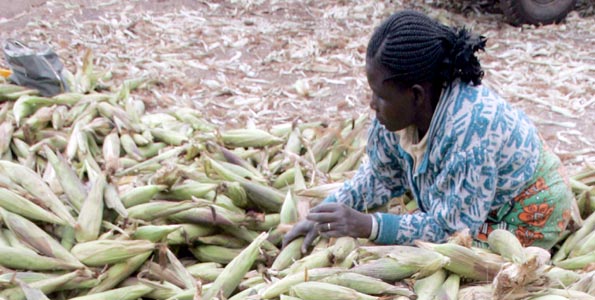