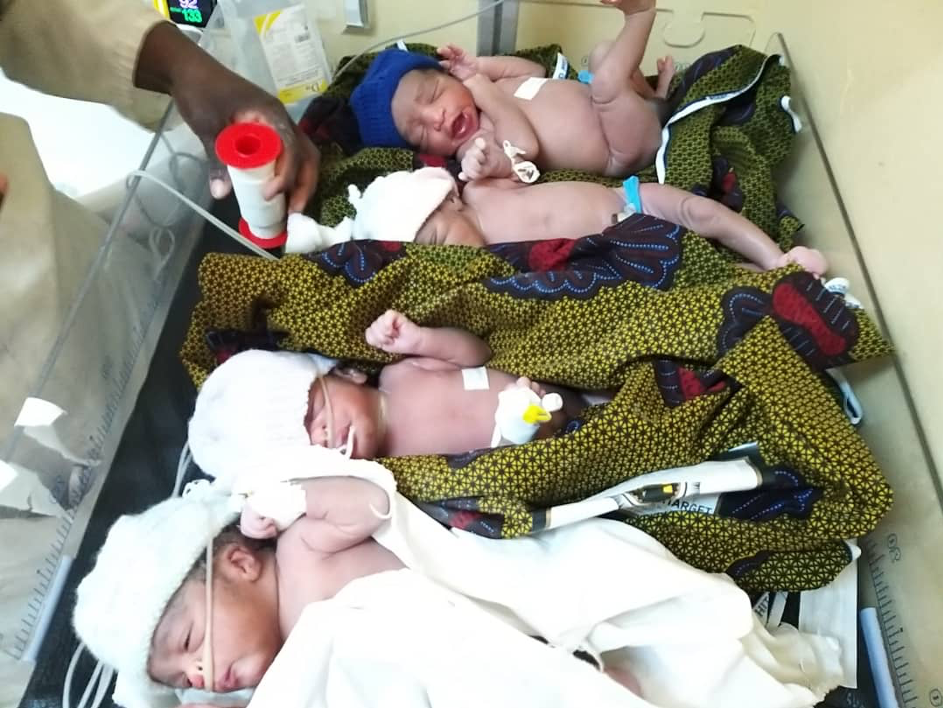 St. Francis Hospital on 22nd December, 2019 delivered quadruplets. The four babies were delivered through Lower Segment Caesarean Section (LSCS) at 09 40hours by a team Doctors from Obstetrics and Gynaecology and Doctors from Pediatrics were on hand to assess the babies. The Doctors included volunteer Doctors from United Kingdom. The four babies were three females and one male weighing 2400g, 1800g, 1780g and 2000g.
The mother is married and together has three other children. The family is involved in peasant farming with no other source of income, in other words the family has no sustainable means of providing for the children. It is for this reason that the hospital has initiated a fundraising project to assist the children survive especially the first critical days.
Kindly help these beautiful children to survive by donating to ‘Let the children live- PROJECT Qfour’.
Funds can be channeled to the Account of the Medical Support Group
NL 26 ING B0003022230 clearly indicating: ‘Let the children live- PROJECT Qfour’.
The treasurer will forward the donations in Kwachas into the bank of the Hospital